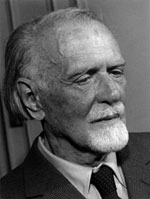 born: 16 December 1882
died: 6 March 1967
country: Hungary
Zoltán Kodály occupied a position in Hungary much like that of Vaughan Williams in the United Kingdom: as the great national composer who, by his discovery and creative use of his folk-music heritage, and the role he must play in society as an educator and fulfiller of cultural needs, forged the standard by which twentieth-century Hungarian music should be judged. He was a protégé and colleague of Erno Dohnányi and a lifelong friend of Béla Bartók (in the early 1900s they went on prospecting expeditions together, to collect folksongs in the remotest villages of Hungary). But he was more concerned than them to bring home the reality of Hungary’s musical heritage to Hungarians, rather than to place it on the European or transatlantic stage. As he himself said: ‘One can approach what belongs to all humanity only through one’s own national characteristics’—and paradoxically Kodály’s music is known and loved all over the world; he seems to speak to every audience in a language they can understand. Most celebrated as a choral composer, he created an entire repertoire of small-scale choral pieces for teaching and concert-giving. This output is punctuated, however, by notable chamber, orchestral and choral works which testify to a powerful mastery.

For Liszt or Brahms, ‘Hungarian’ music wasn’t the songs and dances of the peasantry, but the cosmopolitan music that had been developed by gypsy violinists and entertainers: the pseudo-folk verbunkos style, which amalgamated features from various traditions (nineteenth-century courtship and recruiting dances, for instance), its characteristic measure being the fiery or sentimental csárdás. Bartók and Kodály, as professional ethnomusicologists, uncovered the older, more authentic Hungarian folk music by going into the countryside with a phonograph and recording the actual melodies people sang and danced to. It was a discovery of enormous significance—the recovery of a national heritage, a national identity, just when Hungary was seeking liberty from the dying Austrian Empire.

In 1906, the year they published their first joint collection of Hungarian folksongs, Kodály composed his graduation piece from the Budapest Academy of Music: the orchestral poem Summer Evening, already infused with the modal melodies, the florid arabesques and characteristic rhythms of Hungarian folk music. This lush, delicately evocative nature-impression is a symphonic poem comparable to early orchestral works of Dohnányi or the more contemplative movements of Bartók’s contemporary orchestral suites. But rather than pursuing orchestral music after Summer Evening Kodály—after a decisive encounter with the music of Debussy and appointment as professor of composition at the Budapest Royal Academy—took an entirely different path, with an astonishing succession of chamber works for string instruments which focused his creative energies for over a decade. Through them he became a mature artist. All are conceived on a heroic scale; all push the techniques of their chosen instruments to the limit. In abstract forms—quartet, sonata, duo—they show a unique and original fusion of classical formal principles with the new harmonic and melodic resources Kodály and Bartók had assimilated on their folksong-collecting expeditions. 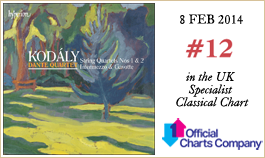 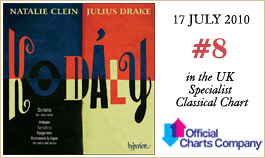