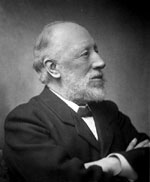 born: 28 August 1826
died: 2 September 1905
country: United Kingdom
Walter Macfarren (1826–1905) was the son of a dramatist, and the younger brother of one of the leading Victorian composers, George Alexander Macfarren. He had a long career as a piano teacher at the Royal Academy of Music: among his students were Tobias Matthay, Stewart Macpherson and Henry Wood. His vast output of piano pieces is tuneful, amiable and unambitious; like many English musicians of his generation, he evidently took Mendelssohn as his ideal and model. As a student he composed a piano concerto in B minor, performed in 1845 but now lost. His only extant work for piano and orchestra is the Concertstück.

from notes by Nicholas Temperley © 2009