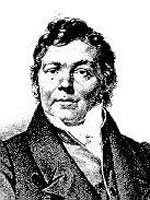 born: 14 November 1778
died: 17 October 1837
country: Austria
Rarely has a composer seemed so assured of immortality as Johann Nepomuk Hummel (1778–1837), so overrated in his own time, so underrated in ours. Born in Pressburg (Bratislava) just inside the Czech border on 14 November 1778, Hummel was a child prodigy who, when he was only eight, went to live and study with Mozart in Vienna for two years. Returning to the city in 1793 he had lessons in counterpoint and composition with Salieri and Clementi, and studied organ with Haydn. By his teens Hummel was rated as one of the top pianists of the day. His concert tours took him all over Europe (including England, Scotland, Poland and Russia). Among his friends and acquaintances were Beethoven (the two later fell out), Cramer, Dussek, Moscheles, Weber, Mendelssohn, Schumann and Chopin; he himself taught Hiller, Henselt, Pauer, Pixis, Thalberg and many other virtuosos of the succeeding generation.

As a keyboard improviser Hummel was held to be the equal of Beethoven, and a significant number of their contemporaries held him to be Beethoven’s equal as a composer as well. His piano works certainly had a remarkable influence on the young Romantics: Mendelssohn, Schumann and Liszt all revered him and Chopin was captivated by his music. It is hard to escape the similarities between the openings of Hummel’s A minor (1821) and Chopin’s E minor (1830) concertos, while Hummel’s B minor concerto (1819), a work frequently played by the young Liszt, contains some remarkable anticipations of the Polish composer. Hummel’s 24 Préludes, Op 67 (1815) and 24 Etudes, Op 125 (1828), both covering all the major and minor keys, starting with C major, were surely models for Chopin’s Opus 28 Préludes (1839) and Etudes, Opp 10 and 25 (1829–34), respectively. Of even greater importance and influence was Hummel’s Ausführliche theoretisch-practische Anweisung zum Piano-Forte-Spiel (‘A Complete Theoretical and Practical Course of Instruction on the Art of Playing the Piano Forte’); published in Vienna in 1828 in three volumes, it contains over 2200 technical exercises and musical examples (most of them a few measures in length). For the remainder of the nineteenth century it was regarded as the guide on fingering, playing of trills and related ornaments.

The New Grove lists over 175 compositions by Hummel comprising stage works, church music, orchestral works, piano and orchestra works, chamber music, a host of music for solo instruments with piano, and an impressive number of piano solos. Among his most popular pieces was his celebrated Septet which Czerny reported, when it was first heard in Vienna in about 1820, ‘created such a sensation by virtue of its novelty and brilliance that men would stop each other on the streets to talk about it as they would some great national event’.

Only forty years after his death, Hummel’s standing in the Pantheon had been eroded so far that the cloth-eared Edward Dannreuther (a pupil of Moscheles and the man who introduced the Liszt, Grieg and Tchaikovsky concertos to England) could write confidently of him: ‘Endowed with curiously little inventive power, rarely warm, and quite incapable of humour and passion, but fully equipped with every musical virtue that can be acquired by steady plodding, he appears expressly cut out for the hero of respectable mediocrity.’ Sixty or so years ago, distinguished commentators on the piano’s literature remained remarkably sniffy. Here is Albert Lockwood: ‘… it is interesting to turn his musty pages once in a while. They show an inventive, fluent, sophisticated, attitudinising, and somewhat shallow mind which planned compositions on a pretentious scale’ (Notes on the Literature of the Piano, University of Michigan Press, 1940). And Ernest Hutcheson: ‘Chopin seems in his teaching to have favoured the concertos above those of Beethoven. Together with the tawdry Bella Capricciosa and the surpassingly dull Piano Septet they have passed into the limbo of forgotten things’ (The Literature of the Piano, Hutchinson & Co, 1947).

Until well into the 1950s only two works by Hummel had ever been recorded: Emmy Destinn (in 1908) and Rosette Anday (1929) singing his Hallelujah; and the Rondo favori in E flat, Op 11, committed to shellac by Benno Moiseiwitsch, Lubka Kolessa, Ignaz Friedman, Galina Werschenka and, in an arrangement for violin and piano, Jascha Heifetz with Arpad Sandor.