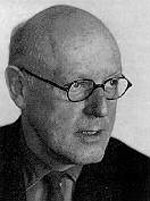 born: 21 October 1908
died: 1 November 1999
country: Ireland
Howard Ferguson was born in 1908 in Belfast. As a 13-year-old he was heard playing at the Belfast Musical Competitions by Harold Samuel, who persuaded his parents to let the boy come to London to study with him. Later, on entering the Royal College of Music, he worked at composition with R O Morris and conducting with Malcolm Sargent while continuing to study the piano privately with Samuel. On leaving the RCM, he divided his time between composition and playing chamber music. During World War II he was associated with Myra Hess in organizing the daily chamber concerts at The National Gallery in London and in those years formed long-lasting duo partnerships with Denis Matthews and Yfrah Neaman. From 1948 to 1963 he taught composition at the Royal Academy of Music, where his pupils included Richard Rodney Bennett, Susan Bradshaw and Cornelius Cardew.

By the early 1960s Ferguson felt that he had said all he had to say as a composer and made the courageous decision to stop writing. Since then he has devoted himself to musicology, producing, for instance, scholarly editions of early keyboard music and the complete piano works of Schubert. The early Octet (1933) is the largest of his chamber works, which also include two violin sonatas, No 1, Op 2 (1931) and No 2, Op 10 (1946), and the Four Short Pieces for clarinet and piano, Op 6 (1932-6). To the solo piano repertoire he has contributed a Piano Sonata in F minor, Op 8 (1938-40), a work of tragic grandeur and arguably his most personal statement, and the Five Bagatelles, Op 9 (1944). For orchestra he has written the Partita, Op 5 (1935-6), which was also published in a version for two pianos, the Concerto for piano and strings, Op 12 (1950-51), and two BBC commissions, Four Diversions on Ulster Airs, Op 7 (1939-41), and Overture for an Occasion, Op 16 (1952-3). There are four sets of songs: the earliest, the Two Ballads, Op 1 (1928-32) is scored for baritone with orchestra whilst the remainder are for voice and piano: Three Medieval Carols, Op 3 (1932-3), Five Irish Folksongs, Op 17 (1956) and the song cycle Discovery, Op 13 (1951) which sets poems by Denton Welch. Two large-scale choral works complete Ferguson's compositions; both set medieval words and were given their first performances at Three Choirs Festivals: Amore longueo, Op 18 (1955-6) and The Dream of the Rood, Op 19 (1958-9). The distinguished interpreters of Ferguson's music have included Jascha Heifetz, Myra Hess and Kathleen Ferrier, who recorded, respectively, the First Violin Sonata, the Piano Sonata and Discovery.