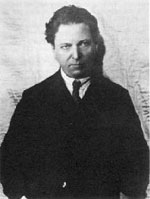 born: 19 August 1881
died: 4 May 1955
country: Romania
George Enescu (1881–1955) was a Romanian composer and conductor, and also one of the leading violinists of his generation. He commenced his studies at the Konservatorium der Gesellschaft der Musikfreunde in Vienna in 1888, and made his debut as a performer in Slănic (Romania) in 1889. In 1895 Enescu moved to Paris to study composition with Massenet and Fauré at the Paris Conservatoire. Enescu divided his time between France and Romania, and between performance and composition. As a performer, he appeared regularly with Alfred Cortot, Jacques Thibaud and Pablo Casals.