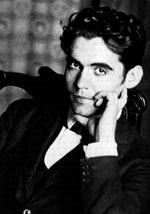 born: 5 June 1898
died: 19 August 1936
country: Spain
Federico García Lorca (1898–1936) was one of the greatest of Spanish poets and playwrights, renowned for his lyrical vision and power. He was born near Granada, and his Andalusian roots (including his friendship with Manuel de Falla and his discovery of the cante jondo) are to be traced in much of his work. He was also a gifted pianist and painter, admired as much for his personality as for his prodigious literary talents. He was murdered by the Nationalists at the outset of the Spanish Civil War, whether on account of his political leanings or homosexuality, or both, is not certain.