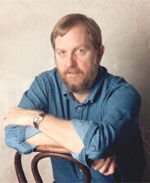 born: 1943
country: USA
Joseph Schwantner was already a prominent member of America’s new music community when he won the Pulitzer Prize in music in 1979 for Aftertones of Infinity. He received his first composition award in 1959, while still in high school, going on to earn degrees at the Chicago Conservatory College and Northwestern University. Since then, Schwantner has balanced an impressive academic career with an increasingly busy schedule of commissions. He taught at Chicago Conservatory College, Pacific Lutheran University and Ball State University before moving to Rochester’s Eastman School of Music.

After nearly three decades at Eastman and a stint at the Juilliard School in the mid-1980s, Schwantner joined the Yale University faculty in 2001 as Professor of Music and Director of the Yale concert series ‘New Music New Haven’. In 2002, however, he left Yale in favour of the scenic hills and forests of New Hampshire. ‘I am now a freelance composer and love having my own schedule’, he says. Schwantner remains much in demand as a composer.