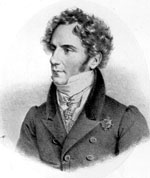 born: 1775
died: 1864
country: Germany
Dietrichstein was praised to the skies by Frances Trollope (the novelist Anthony’s mother) in her Vienna and the Austrians (1838) and it is easy to see why. He was one of the most powerful and influential men in public service, charming, cultured, formidably intelligent, and always able to act judiciously to help others—a kind of Sir Edward Marsh of his time. He was tutor to the Duc de Reichstadt, Napoleon’s son by his second marriage who lived under guard in Schönbrünn; Matthäus von Collin, the poet of Schubert’s Nacht und Träume, also taught the young prisoner under Dietrichstein’s supervision. The composer had first encountered Dietrichstein in his early schooldays through the aristocrat’s support of Anselm Hüttenbrenner, and had reason to be grateful to him on a number of occasions during his school career and adolescence. We have the impression that the civil servant had his eye on Schubert and, with the instinctive prescience given to very few men in power, recognized genius when he saw it. His testimonial for Schubert on 24 January 1821 talks of ‘innate genius’ in so many words. Dietrichstein, together with Leopold Sonnleithner, played an important role in developing the scheme whereby Schubert’s songs were printed for the first time and published on commission. As a mark of his gratitude, Schubert dedicated his Op 1, Erlkönig, to this remarkable man.