born: 4 March 1768
died: 25 June 1843
country: Germany
Friedrich Kind was born in Leipzig but spent most of his working life in Dresden where he practised law. He numbered Kotzebue and Lafontaine among his models and was one of the first to write a play about a painter's life, Van Dyck's Landleben (1816). He soon became an important man in the distinguished literary life of the city, writing poems and plays and eventually becoming editor of various publications and newspapers including the almanac which published Schubert's Widerschein as a supplement in 1820. Kind's link with Weber came about because that composer was Music Director of the Dresden opera at the time. Schubert's Viennese contemporary Konradin Kreutzer also made an opera from a Kind play (Das Nachtlager von Granada) in 1834. 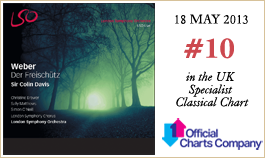