born: 1740
died: 1815
country: Germany
Claudius was born in Holstein and was the son of a pastor. His first literary achievement, and perhaps the best known in his own time, was as editor of Der Wandsbecker Bote, a newspaper with which he became completely identified and to which he was the principal contributor under the pseudonym of 'Amsmus'. Claudius's created a cosy, intimate literary style for the readership of his newspaper, a style which was popular without being cheap, and religious without being rigid or dour. In cultivating this conversational tone with his readers he was one of the pioneers of popular journalism in Germany; a number of his poems were adopted by the German public as folksongs. He was an extremely happy family man and although he took up other appointments he was never as contented as in Wandsbeck where he returned in 1777 after a spell as an adminstrator in Darmstadt. He was in touch with Goethe and Herder although he avoided the honours and the trappings of public life enjoyed by his distinguished contemporaries. 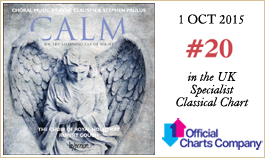