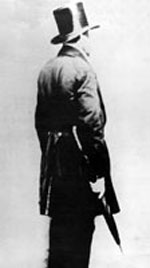 born: 30 November 1813
died: 29 March 1888
country: France
'The neglect and obscurity into which [Alkan] has fallen is’, as the American novelist and poet Henry Bellamann observed, ‘one of the most puzzling things in the history of modern music.’ To those coming afresh to the music on this recording, it is an observation worth bearing in mind.

Who was Alkan? He was one of the greatest composer-pianists in history. He had a voice as original and individual as Chopin or Liszt, and a keyboard technique that even Liszt admitted was the greatest he had ever known. Hans von Bülow described Alkan as ‘the Berlioz of the piano’; Busoni thought that Alkan’s études were ‘the most significant after Chopin and Liszt’. These are not insignificant figures whose views can be dismissed lightly. The uninitiated must at the very least be intrigued, while committed Alkanists can only nod smugly, gratified that such distinguished names echo their own opinions.

Much of Alkan’s life is shrouded in mystery. This was so even when he was alive, his self-imposed isolation only adding to the fascination. There are only two images of him, one a portrait taken in his early forties, the other with his back to the camera holding an umbrella. When he died in 1888, an obituary in Le Ménestrel opened: ‘Charles-Valentin Alkan has just died. It was necessary for him to die in order to suspect his existence.’ The author goes on to recall the name and work of ‘an artist infinitely greater than thousands of his more celebrated and praised contemporaries’.

He was born Charles-Valentin Morhange in the Marais, the Jewish quarter of Paris, where his father, Alkan Morhange, ran a little boarding school. After his sister Céleste in 1812 and Charles-Valentin’s arrival on 30 November 1813 came a further four brothers between 1816 and 1827, all destined for musical careers. His musical progress was prodigious, making his first public appearance at the age of seven-and-a-half as a violinist. His debut as a pianist had to wait until he was twelve (2 April 1826) when he played a number of his compositions in a concert at the home of the extraordinary inventor and piano manufacturer Henri Pape. He was already known simply as ‘Le jeune Alkan’ having dropped his given surname in favour of his father’s first name (Alkan being the equivalent of the English ‘John’). A favourite of his teacher Joseph Zimmerman at the Conservatoire where he had enrolled at the age of six, Alkan was soon introduced to the elegant salon life of Paris. By the age of twenty-four, concert announcements referred to him as ‘the celebrated Alkan’ and he had taken up residence in one of Paris’s most fashionable addresses, the Square d’Orléans where his neighbours were Zimmerman, Kalkbrenner, Dumas fils and, later, Chopin and George Sand. All seemed set for a brilliant career playing concerts, teaching and composing. It was not to be.

A series of events led him, increasingly, to shun society. From 1838 to 1844 little is known of him, a period coinciding with the birth of his natural son, the pianist Élie-Miriam Delaborde (1839–1913). He returned to the concert stage playing just three recitals (two in April 1844, one the following year). In 1848, when Zimmerman retired from the Conservatoire as head of the piano department, Alkan was thought of as his natural successor. Instead, and despite petitioning from his friends, the post went to Zimmerman’s former pupil and friend Antoine Marmontel. Alkan was bitterly disappointed. Becoming increasingly frustrated at his lack of recognition, after giving a chamber concert in May 1849 he did not play again in public for nearly twenty-five years.

By then, though only in his mid-sixties, he was in poor health, a frail little white-bearded man with ‘skinny, hooked fingers’. Busoni recalled hearing him alone in an empty room playing Bach on an Erard pédalier (pedal piano). ‘I listened, riveted to the spot by the expressive, crystal clear playing.’ This was followed by Beethoven’s Opus 110. ‘What happened to the great Beethovenian poem … I couldn’t begin to describe. [The performance] affected me with an enthusiasm such as I have never experienced since. This was not Liszt—perhaps less perfect, technically—but it had greater intimacy and was more humanly moving …’

Much of Alkan’s music is of surpassing difficulty, taking it way beyond the realm of the amateur and playable only by virtuosi with transcendent techniques. Published only sporadically and without a champion, what hope did it have when born without life-support even in that piano-ridden age? In the annual series of Six petits concerts that Alkan inaugurated in 1873, although he programmed a number of his own works, his main attention was on all the major keyboard composers from Couperin to Saint-Saëns, taking in W F Bach, Kessler and Czerny en route, as well as Field, Moscheles and Chopin (but, notably, no Liszt). The series ended in 1877 and Alkan retired into obscurity, only occasionally being coaxed back into the limelight at social gatherings when, it was said, he was a most lively conversationalist. Visitors to his home tended to be rebuffed. When Friedrich Niecks, Chopin’s biographer, called on him and asked the concierge whether Monsieur Alkan was at home, the reply was a decisive ‘No’. On further enquiring when he could be found at home, the reply was an equally decisive ‘Never’ (though when Niecks encountered Alkan at Erard’s a few days later ‘the reception of me was not merely polite, but most friendly’).

Alkan died on 29 March 1888. The cause of death was one of the most improbable in musical history—crushed to death by a bookcase that toppled over as he reached up to retrieve a book in his Paris home. Apart from his immediate family, there were just four mourners at his funeral.