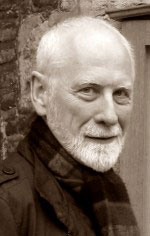 ‘Herrick is a musician with a powerful urge to communicate. And communicate he does, drawing on his enormous technical and intellectual resources to turn out performances which sometimes amaze, often astound, but never fail to stimulate.’ Gramophone

‘He is a virtuoso, no question. He was at the peak of his considerable form, combining precision with panache, interpretive freedom with sheer joy in virtuosity. The playing was, in a word, triumphal.’

The New York Times critic wrote this review after hearing Christopher Herrick play the complete organ works of Johann Sebastian Bach during the 1998 Lincoln Center Festival. The invitation to undertake this challenging project – to give fourteen concerts on fourteen consecutive days – came directly because of the success of Herrick’s Bach recordings for Britain’s finest classical recording company, Hyperion Records.

‘The freshness and simple joie de vivre that Herrick brings to all Bach’s music makes this cycle a winner,’ says the Gramophone review of this sixteen-CD set. ‘Christopher Herrick and the Hyperion team deserve the warmest praise for devoting the past decade to a Bach cycle that has provided such scintillating and compelling listening.’

These CDs are all recorded on Metzler organs in Switzerland: ‘Herrick has been presenting a different instrument from this fine builder in each of his Bach recordings and every one is a revelation,’ says the BBC Music Magazine’s Top 1000 CDs Guide. The Good CD Guide in turn describes his playing as ‘scholarly, erudite, infinitely rewarding and so easily communicative one is barely aware one is absorbing some of the most complex and intellectually demanding ideas.’

Altogether, including the summer 2010 release of Organ Fireworks XIV from Melbourne Town Hall, Hyperion has released over 40 CDs by Herrick. The fourteen Organ Fireworks albums, recorded on great organs all over the world, continue to fascinate organ lovers and critics with their ‘varied mix of familiar and unfamiliar repertoire’. The Gramophone continues ‘…the strengths of this hugely enjoyable and downright spectacular series lie in consistently first-rate recordings of some of the world’s most aurally stunning instruments, and Herrick’s playing, which can only be described as unfailingly brilliant.’

Herrick’s busy concert schedule takes him all over the world. Highlights of his career include the New York complete Bach 14-day marathon, his own ‘Organ Prom’ in the BBC Henry Wood Promenade Concerts at the Royal Albert Hall, opening the Stockholm International Organ Festival, giving inaugural concerts on the Rieger organ in Christchurch Town Hall, New Zealand, dedicating numerous organs in the USA, and—during the ‘Bach Year’ 2000—performing numerous all-Bach programmes in Festivals and Bach series all over the world.

During Herrick’s ten years at Westminster Abbey he played for many Royal and State occasions and gave over 200 recitals. Since 1984 he has enjoyed a highly successful international career as a freelance concert organist, performing to enthusiastic audiences and critical acclaim worldwide.

Christopher Herrick adds:
Enough of all that. Now for some more personal information. As Ted Perry, the founder of Hyperion, said to me: 'The people who read the Net are more interested in how many cats you’ve got, what your hobbies are, and why you gave up pig-farming to be a musician’. Though I love bacon-and-egg sandwiches from Marks & Spencer's, I wouldn't know the first thing about rearing that particular artiodactylic mammal. As to cats, my wife Sarah and I are the proud owners of lovable ginger twins, Noodle and Yum-Yum. Perhaps my most engrossing hobby is omniverous reading and this has recently led on to the dangerous hobby of book-collecting. International travel gives me long hours to escape into thick volumes of novels, history and poetry. The travel inevitably linked to a concert career can also present welcome opportunities to visit art galleries, or indulge in sightseeing. Just by giving concerts all over New Zealand, for instance, I’ve been able to revel in the incredible beauty and variety of that country, and by taking a side trip in the USA I’ve been able to see that astonishing, indescribable phenomenon, the Grand Canyon, for myself.

My home base has always been in West London—Hammersmith, Barnes, Tooting, East Sheen, Kew Gardens and now Kingston-upon-Thames. Owing to the vagaries of the Second World War, my birthplace was Bletchley in Buckinghamshire and as a toddler I apparently spent time in Aberdeen in Scotland to avoid Hitler’s bombs. School and university took me away from West London for periods to the City of London, Cranleigh in Surrey and Oxford. It was at St Paul's Cathedral Choir School that I caught the music bug. When I was 12 the St Paul's Organist, Sir John Dykes Bower, asked me to accompany him to the Cathedral organ loft to turn pages for him for a BBC recording. His stunning playing and the sound of that fantastic organ in the wonderful acoustic was a sort of Road to Damascus experience for me. Later at Cranleigh School you could hardly keep me off the organ. (One fellow pupil tried to; we ended up fighting on the pedals.) An Organ Scholarship to Oxford then launched me into the music profession.

One last word to describe how my fruitful recording odyssey for Hyperion began. The unlikely venue for the rapidly-clinched negotiations was the toilet in Westminster Cathedral during a pause in a recording session. My friend Justin Sillman asked Ted Perry whether he would be interested in an organ fireworks recording (Ted unenthusiastic) by Christopher Herrick (Ted unenthusiastic) in Westminster Abbey (Ted: YES, HOW SOON?).