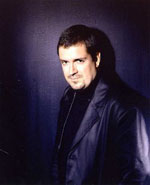 Born in Lisbon, Portugal, in 1968, Artur Pizarro was first introduced to the piano by his maternal grandmother Berta da Nóbrega and her piano-duo partner Evaristo de Campos Coelho (who had been a student of Vianna da Motta, Ricardo Viñes and Isidor Philipp). It would be their influence that would lead Artur to study with Sequeira Costa from 1974 to 1990. Sequeira Costa had also been a student of Vianna da Motta, and also of Mark Hambourg, Edwin Fischer, Marguerite Long and Jacques Février. This very strong lineage would make Artur feel equally versed in the German and French piano schools and repertoire.

Having appeared onstage and on Portuguese television from the age of three, Artur then concentrated on his studies, relocating to Lawrence, Kansas, in the USA, where Costa is Distinguished Professor of Piano at the University of Kansas. Artur began performing publicly again at the age of thirteen with a recital debut at the São Luíz Theatre in Lisbon and with a concerto performance with the Orquestra Gulbenkian later in the same year. While still under the tutelage of Costa, Artur Pizarro won first prizes in the 1987 Vianna da Motta Competition, the 1988 Greater Palm Beach Symphony Competition and the 1990 Harveys Leeds International Pianoforte Competition.

Since then, Artur Pizarro has regularly performed worldwide in recital, chamber music and with some of the world’s leading orchestras and great conductors such as Sir Charles Mackerras, Charles Dutoit, Sir Simon Rattle, Jean Fournier, Philippe Entremont, Yan Pascal Tortelier, Sir Andrew Davis, Yuri Termikanov and Vladimir Fedoseev, among others. Artur is also active in chamber music through his trio, the Pizarro Trio, with violinist Raphael Oleg and cellist Josephine Knight. Due to his childhood experience listening to his grandmother’s two-piano rehearsals, Artur formed a piano duo with Lithuanian pianist, Vita Panomariovaite. Their debut recital in Glasgow was broadcast by the BBC.

Recent projects have included a series of the works for piano by Debussy and Ravel in London, broadcast on BBC Radio 3. This series was also performed in Lisbon in Portugal and in Aarhus in Denmark. Artur has also performed the complete piano sonatas of Beethoven to great acclaim in the USA, Portugal and the UK, where the BBC also broadcast all eight recitals. Artur was nominated for a Royal Philharmonic Society award for this series. He has also performed cycles of the complete piano works of Chopin and Rachmaninov. 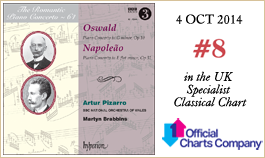