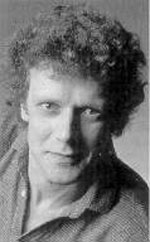 Henry Herford was born in Edinburgh, read Classics and English at Cambridge, and studied singing at the Royal Northern College of Music in Manchester where he was awarded the Curtis Gold Medal. He joined the Glyndebourne Opera Chorus for two years, singing leading roles on tour, and since then has performed over seventy roles with opera companies throughout Britain and Europe, including Covent Garden, Glyndebourne and Scottish Opera. Mr Herford has a large oratorio repertoire stretching from Monteverdi to the present day, and has sung with all the major orchestras in Britain under conductors such as Rattle, Menuhin, Andrew Davis, Gardiner, Willcocks, Hickox and Tilson Thomas, as well as in Europe, the Americas and Hong Kong. He has twice appeared as soloist at the Last Night of the Proms.

As a recitalist he has won two major international awards, in the Snape Maltings and Carnegie Hall, New York, and has made frequent broadcasts and recordings. He has made many appearances with The Songmakers' Almanac and with leading instrumental ensembles such as the Nash, Endymion and Koenig Ensembles, Lontano, Ensemble Modern and the Lindsay String Quartet.