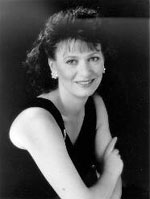 Catherine Denley has devoted most of her long and successful career to the oratorio repertoire. She studied at Trinity College of Music, London, and after a brief time with the BBC Singers embarked on a solo career which has taken her all over the world. She has worked with all the major British orchestras. Notable highlights have included the premiere of Europera by John Cage in London, Paris and Berlin; Britten's Spring Symphony with Kent Nagano; Handel's Messiah with the Boston Symphony Orchestra at Tanglewood; Beethoven's 9th Symphony with Sir John Eliot Gardiner in Japan; Mahler's Resurection Symphony in Odessa and Kiev and his Symphony of a Thousand for TV in Dublin, and Mozart's Requiem in the Salzburg Mozartwoche and at the BBC Proms.

She has sung Schumann's Scenes from Faust with Sir John Eliot Gardiner in New York and the Proms; Britten's Spring Symphony for Dutch Radio; Handel's Hercules and La Resurrezione with Marc Minkowski in Paris and Lyon; concert tours with Ton Koopman, and Bach's Easter Oratorio and Vivaldi Solo Cantatas with the Israel Camerata. She has sung Elgar’s Dream of Gerontius in Manchester Cathedral, Bach’s St Matthew Passion in the Gewandhaus, Leipzig, Mahler’s 2nd Symphony in Boston, USA and Dvorák’s Stabat Mater in Kings College Cambridge.

Catherine Denley has made over fifty recordings covering a wide range of styles from Monteverdi right through to contemporary composers—they concentrate primarily however on the Baroque repertoire and include many works by Handel, with conductors such as John Eliot Gardiner, Roger Norrington, Neville Mariner, Robert King, Trevor Pinnock, Richard Hickox and Harry Christophers.