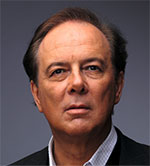 Italian bass Ferruccio Furlanetto is one of the most sought-after singers in the world, above all as an interpreter of Verdi and Mozart, and of some Russian and French repertoire. Praised for his vast range, thundering vocal power, and excellent acting ability, he has performed at the world’s leading opera houses, including La Scala (Milan), the Royal Opera House, Covent Garden (London), Vienna State Opera, the Opera National de Paris, the New York Metropolitan Opera, the Teatro Real Madrid, and at the Mariinsky Theatre in St Petersburg, where he became the first Italian bass to appear in the title role of Mussorgsky’s Boris Godunov at that theatre.