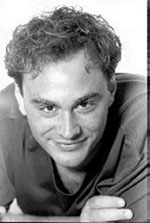 Stephan Genz was born in 1973 in Erfurt, Germany, and received his first musical training as a member of St Thomas's Boys' Choir in Leipzig. He studied at the Hochschule für Music und Theater in Leipzig with Hans-Joachim Beyer, and from 1994 with Mitsuko Shirai and Hartmut Höll at the State Hochschule für Musik in Karlsruhe. Stephan Genz has also studied with Dietrich Fischer-Dieskau and Elisabeth Schwarzkopf.

Mr Genz has won first prizes and special awards at several international singing competitions including the Johannes Brahms Competition in Hamburg in 1994 and the International Hugo Wolf Competition in Stuttgart. He has broadcast for Deutsche Well, Hessischen Rundfunk, Südwestfunk and the BBC. He has also given song recitals and concerts in Paris, Montreux, Amsterdam, Lausanne, Rennes and America, and appeared at the opera houses of Lausanne, Rennes and Paris (Bastille). 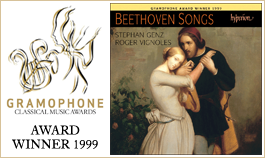