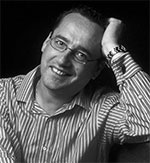 Michael Matthes began his studies with Nicole Delannoy on piano, and studied organ at the National Conservatory of Rueil-Malmaison with Marie-Claire Alain and Susan Landale. In 1983, he entered the class of Odile Pierre at the Conservatoire National Supérieur de Paris, where he also studied improvisation with Pierre Cochereau and analysis, harmony, counterpoint & fugue with Yvonne Desportes and Marcel Bitsch.

Michael Matthes records for Deutsche Grammophon, Denon and Signum Classics. He is the tenured organist at the Cathedral of Troyes, France, and also Professor of Organ at the Conservatoire National de Troyes. In 2007, the French government awarded Mr. Matthes the prestigious chevalier de l’ordre des Arts et des Lettres in recognition for his services to music.