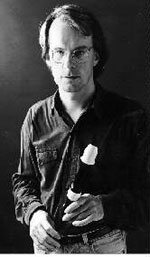 A distinguished soloist and chamber musician, playing worldwide, he shared the concert platform with musicians such as Gustav Leonhardt, William Christie, Roy Goodman and ensembles such as The English Concert, The Orchestra of the 18th Century, Akademie für Alte Musik Berlin, La Fontegara Amsterdam, Trio Noname and recorded for radiostations all over the globe (ABC Sydney, National Radio USA, WDR Köln, NOS Holland, New Zealand Radio, BBC London etc). He appeared at major festivals in most of the cultural capitals of Europe.

His more than 25 CD-recordings on most major labels (such as Hyperion, DGG/Archiv, Chandos, etc) have won international acclaim.

From 1984 to 1988 he taught at the Guildhall School of Music in London and in 1988 was appointed professor to both the Royal Academy of Music London and the Hochschule für Musik und Theater Hamburg.

Peter Holtslag is an authority on the music of the 16th to 18th centuries and, unlike many other performers striving for „authentic“ renderings, he prefers to see early music in the light of its rhetorical traditions rather than let it follow a stolid motoric course. His activities also concentrate on the performance of contemporary recorder music.