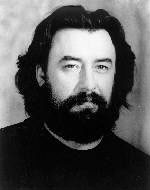 John Connell studied at the Royal Northern College of Music in Manchester with Patrick Mcguigan and then received both the Peter Stuyvesant and Askew awards for young singers, enabling him to continue his studies at the National Opera Studio.

He also sang Basilio and Colline for opera North, taken part in a concert performance of Boris Godunov singing Pimen and appeared at the Windsor Festival in a concert performance of Fidelio. He appeared at the Royal Opera House, Covent Garden singing The Monk in Don Carlos and Sparafucile and in new productions of Pelléas et Mélisande and Peter Grimes and Verdi's Requiem with Sir Edward Downes.

Recordings include Gremin (Eugene Onegin) and Szymanowski's Stabat Mater for EMI and Swallow with Richard Hickox for Chandos. He died in April 2007.