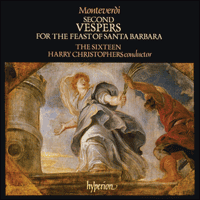 ‘Unique and valuable. This will rank as one of Harry Christophers' proudest moments on disc and I urge you to put it next to any other recording you have’ (Fanfare, USA)