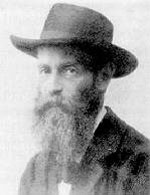 born: 7 November 1846
died: 17 September 1907
country: Austria
Ignaz Brüll was born on 7 November 1846 as the eldest son of a prosperous Jewish merchant family in the Moravian provincial town of Prossnitz (Prostejov). In 1850 he moved with his parents to Vienna which became the centre of his life and work. Brüll was originally destined to take over his father’s business, but because of his precocious gifts he also received a thorough musical education. He studied the piano with Julius Epstein, and composition with Johann Rufinatscha and Felix Otto Dessoff. An enthusiastic assessment when he was fourteen years old from Anton Rubinstein proved the decisive factor in his dedication to a musical career.

In 1864 he wrote his first opera, Die Bettler von Samarkand, and submitted it to the Court Theatre in Stuttgart, capital of Württemberg. At the end of 1866 he went there to supervise the production in person. Sadly his plans came to nothing and the score disappeared into the archives. Brüll nevertheless achieved significant successes with his First Serenade for Orchestra and with performances at the piano.

In the next fifteen years he made numerous concert tours which took him not only to musical centres such as Prague, Breslau, Berlin, Munich, Frankfurt, Dresden and Leipzig, but also to the remotest areas of the Hapsburg monarchy and of Germany. Between tours he gave regular concerts in Vienna. In 1871 he was offered a Professorship for Piano at the Stern Conservatory in Berlin, which he refused to avoid separation from his family. He taught from 1872 at the Horák Piano Schools, one of Vienna’s greatest private musical institutions, and became their artistic director in 1881. In the 1890s he refused an appointment to the Vienna Conservatory.

The sensational success of his second opera, Das goldene Kreuz, first performed on 22 December 1875 in Berlin, propelled Brüll from nowhere into the foremost ranks of contemporary composers. It also boosted his career as a pianist. The London publisher William Chappell engaged him early in 1878 for two concerts in England. At the same time the impresario Carl Rosa was preparing a production of Das goldene Kreuz, which had its London premiere at the Adelphi Theatre on 2 March. On 28 January Brüll made his debut in a ‘Monday Popular Concert’ which was such a success that it was followed by more than twenty further appearances in London, Liverpool and Manchester. Of his own works Brüll was able to secure performances of the Second Piano Concerto, the First Serenade, and other chamber and piano works.

He visited England again in 1881, between 31 January and 9 March, and gave eight concerts with the usual good response. Of his own compositions he gave the First Piano Concerto, the overture Macbeth, Op 46, the Op 14 Piano Trio and many works for piano.

The two concert tours to England marked the highest points in Brüll’s career as a virtuoso. In the following years he sharply reduced the number of his public performances to concentrate more on composition. After his marriage in 1882 to Marie Schosberg, the daughter of a Viennese banker, his house became a social focus in the city. He built up a large circle of friends, including Johannes Brahms, Carl Goldmark, Julius Epstein, Robert Fuchs, Anton Door, Richard Heuberger, Ludwig Rottenberg, Richard von Perger, Eusebius Mandyczewski, Eduard Hanslick, Gustav Mahler, Theodor Billroth, Joseph Breuer and others. He spent the summer months with his family in Upper Austria, initially in Ischl, and from 1890 in Unterach on the Attersee where he built his own holiday home, the ‘Berghof’. This too became a magnet for musicians, artists and literary figures.

As a composer Brüll remained faithful to the models which had brought him success in his early years, and flatly refused to have anything to do with new developments. He thereby placed himself in growing opposition to his time, but he nevertheless received many tributes on 7 November 1906, the occasion of his sixtieth birthday. When he unexpectedly died only a few months later, on 17 September 1907, the public mourned him as a serious musician whose artistic endeavours had always shown integrity and sincerity. Das goldene Kreuz kept his name alive for the following decades, until the Nazi ban on all Jewish artists finally swept it from the stage.

Although towards the end of his life Brüll’s position as a composer was undoubtedly contested, as a pianist he received unalloyed respect. Colleagues such as Franz Liszt, Anton Rubinstein and Clara Schumann, as well as many critics, regarded him as one of the leading exponents of his craft. His standing as an interpreter of Beethoven, Schumann and, later, Brahms was unchallenged. Brüll was above all noted for his sympathetic insight into the essence of a work, which only a virtuoso who is also a creative artist can possess. On top of this he had extraordinary technical power, which never became an end in itself or exhibited itself through flashy gestures. For this reason the critic Richard Specht described Brüll’s piano playing as ‘the purest, most complete re-creation without any virtuoso additions’. So it was no wonder that Brahms wanted to be sure that his works would be performed first of all by Brüll. Brahms had also formed the habit of playing all his larger works first to a selected group of critics and friends. For orchestral works this required the compromise solution of a four-handed performance on two pianos. Brüll was always brought in as his partner for these trial performances, not least because his phenomenal sight-reading ability made any preparation unnecessary. The four symphonies and the B flat major Piano Concerto were all first played in this way to small audiences.

Even when Brüll increasingly withdrew from the concert platform and restricted his appearances to the bare minimum, his reputation as a pianist hardly suffered. Particularly in his specialist areas, he had no reason to fear comparison with the brilliant younger generation of virtuosos. In Richard Specht’s judgment: ‘For all Rubinstein’s more powerful temperament, d’Albert’s inspired furioso, Busoni’s interpretative power, Rosenthal’s penetrating intellect and quite incredible technique, I have not heard one of them play the late Beethoven sonatas more powerfully or transparently, Schumann more profoundly or passionately, or Brahms more clearly, forcefully or romantically, than Brüll.’

As a composer Brüll stood firmly within the tradition of the conservative-classical school, as definitively established by Moritz Hauptmann and Julius Rietz in Leipzig. In the language of the time this tradition was described as being ‘in the direction of Schumann and Mendelssohn’. Its most distinguishing features were a clear awareness of form based on Classical models, and a measured form of expression which shunned excess and exaggeration. The catalogue of Brüll’s published works includes more than a hundred opus numbers. About the same number of works have survived in manuscript. He wrote eleven sound, largely very stageworthy operas, though of these only Das goldene Kreuz has really established itself. In addition he wrote the ballet Ein Märchen aus der Champagne, one symphony, three orchestral serenades, three overtures, two piano concertos, a rhapsody and two concert pieces for piano and orchestra, a violin concerto, a piano sonata, a sonata for two pianos, four piano suites and many other piano works of high quality. In the field of chamber music there are a piano trio, a sonata for cello and piano, and a suite and four sonatas for violin and piano, of which the third in E minor (Op 81) was thought by his contemporaries to be the best violin sonata after Brahms. His wide range of songs is also worth attention.

Brüll’s works—if considered outside the context of their own time, and especially if freed from competition with Brahms—contain many elements whose convincing technical quality and tasteful melodic composition could help to combat the narrowness of concert programmes of today. The present recording brings together the two piano concertos, and the Konzertstück (Andante and Allegro) for piano and orchestra, Op 88. The three works provide a very vivid impression of Brüll’s art.