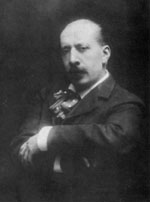 born: 21 February 1844
died: 12 March 1937
country: France
The case of Charles-Marie Widor (1844–1937) is a curious one. The familiar image is of the composer-organist in old age at the console of Saint-Sulpice where he had served as titulaire for over six decades. As for Widor’s music, he shares with Henry Litolff the odd distinction of being famous for a single movement. Litolff is remembered for the Scherzo from his Concerto symphonique No 4, Widor for the Toccata from his fifth Organ Symphony. This ranks high among the most famous of all organ pieces, but the rest of Widor’s output—including orchestral and chamber music, stage works and songs—has been neglected. As for his private life, he remained a raffish bachelor with a well-honed eye for attractive women until—at the age of seventy-six—he married Mathilde de Montesquiou-Fézensac, forty years his junior.

Born in Lyon on 21 February 1844, Widor’s musical studies followed an unorthodox route. Rather than going to the Paris Conservatoire, he was encouraged by the organ builder Aristide Cavaillé-Coll (a family friend) to study privately in Brussels with Jacques-Nicolas Lemmens (whose French pupils already included Alexandre Guilmant) and with the venerable François-Joseph Fétis. Back in Paris, Cavaillé-Coll promoted his protégé, introducing him to Liszt, Rossini and Saint-Saëns. Widor’s playing as a young man was of such quality that he was invited to participate in the prestigious inaugurations of the organs at Notre-Dame and La Trinité, and in 1869 he became Saint-Saëns’s assistant at the Madeleine. In 1870, supported by recommendations from Gounod and Cavaillé-Coll, he was appointed Lefébure-Wély’s successor as titulaire of Saint-Sulpice, the post he was to hold for the next sixty-four years, and his earliest assistants included Fauré and Messager. In ‘Organ Loft Whisperings’ published in the Musical Courier in 1893, Fanny Edgar Thomas gave a description of Widor:

His coloring is brown. It is a long face, the features regularly divided, even with an unusually high brow, and a strong, straight nose. The head is pleasingly shaped; the hair upon it slight and fine and brown … The eyes are large, round, brown, clear and inquiring, full of a changing expression that is very interesting to watch. The slender fingers have that slight turn upward at the point indicating the musician, and he has a very slight lisp.

Writing in 1894, Hugues Imbert recognized the importance of his friend’s organ music, but this was not what had first brought Widor’s name to wider notice: ‘His organ works, novel in terms of form, have been much remarked upon by connoisseurs. The two productions that made him known to the general public were the ballet La korrigane performed at the Opéra in December 1881 and Jeanne d’Arc, a grande pantomime musicale given at the Hippodrome in June 1890.’ 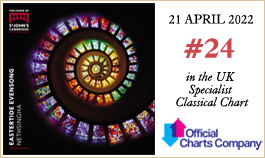