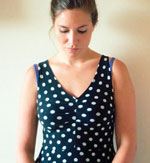 Having been a Britten-Pears Young Artist, 2013-16, she holds an Open Space Residency at Aldeburgh Music, with which she is creating Permutations a performance artwork created in collaboration with two architectural designers and a violinist. Permutations launched at the 2017 Aldeburgh Festival. She was 2013 Composer in Residence at Northern Chords festival, Sage Gateshead, 2013 Apprentice Composer with Orchestra of the Swan, was a 2016 Composition Fellow at Tanglewood Festival, and is Associate Composer of Non-Classical, Magnard Ensemble and Reverie Choir. While at the Royal Academy of Music, Freya was awarded the 2013 J.E. West Prize, and was 2014-2015 Manson Fellow.

She is a founding member and artistic director of the Listenpony concert series, commissioning body and record label. Upcoming premieres of Freya’s works include a tour of her new work Bandstand with the Street Orchestra of London, and new string quartets at the 2017 Sante Fe Music Festival and the Wigmore Hall.