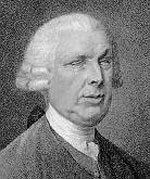 born: 17 January 1712
died: 19 May 1786
country: United Kingdom
John Stanley was born on 17 January 1712, the eldest surviving child of John and Elizabeth Stanley of the London parish of St Swithin, London Stone. At the age of two he was supposedly blinded by a domestic accident involving a broken china basin; an engraving of a lost portrait of him in middle age by Thomas Gainsborough shows him with shrivelled eye-sockets, but it is possible that he retained some residual sight since he became a prolific composer and was evidently able to pursue an active concert career, often directing extended works by his contemporaries such as Handel’s Messiah.

Stanley came early to public attention as an organist. After studies with John Reading and Maurice Greene he obtained posts successively at All Hallows, Bread Street (1723), St Andrew, Holborn (1726) and the Temple Church (1734). In 1738 he achieved a measure of financial security by marrying the daughter of a member of the East India Company who brought him a dowry of seven thousand pounds. Soon after, he began to establish himself as a composer with a series of publications spread across most of the fashionable genres of the day. His Op 1, a set of solos for flute or violin and continuo, appeared in 1740; it was followed two years later by the six Op 2 concertos and by a set of English cantatas (Op 3), the words mostly by the future music historian John Hawkins. In later life Stanley became Handel’s successor as the director of the Lenten oratorio seasons at Covent Garden (later Drury Lane) and as the leading musician at the Foundling Hospital. In 1779 he also succeeded William Boyce as Master of the King’s Musick, and was responsible for composing court New Year and Birthday odes (all of which, unfortunately, are lost) until his death in May 1786.