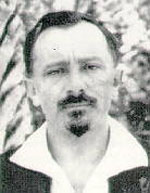 born: 5 January 1881
died: 23 August 1944
country: Russia
Nikolay Andreyevitch Roslavets has emerged as one of the most fascinating figures in Russian music in the first half of the twentieth century. Unlike most of his composer contemporaries in the early Soviet period, he genuinely came from a peasant background. In autobiographical jottings dating from 1924, he described his birthplace—Dushatino in the Ukraine, where he first drew breath on 4 January 1881 (Old Style 23 December 1880)—as ‘a godforsaken, half-Ukrainian, half-Byelorussian hole’. At first self-taught, Roslavets began to study music during the 1890s by attending classes in Kursk, the nearest large city, and was eventually accepted as a student at the Moscow Conservatory, where he studied violin as well as composition under Sergei Vassilenko and Mikhail Ippolitov-Ivanov. He graduated in 1912, gaining the Grand Silver Medal for his cantata Heaven and Earth, inspired by Lord Byron’s poetic drama. Even this early Roslavets was associated, along with Alexander Mossolov and Vincent Lourié, with Russia’s artistic avant-garde. He engaged in the vigorous artistic debates occasioned by Futurism, Symbolism and other new ideas, and was close to visual artists such as Malevich.

Roslavets welcomed the revolutions of 1917 and after the Bolshevik Revolution in October he was made director of Kharkov Conservatory, remaining until 1924, when he returned to Moscow and took up a position in the State Publishing House. Describing himself as ‘extreme left-wing’ and ‘an intellectually creative proletarian’, Roslavets directed its Political Department, edited the journal Muzykalnaya Kultura, and was one of the leaders (with his contemporary and friend Nikolay Miaskovsky) of the most progressive of the various new musical bodies competing for attention in the USSR, the Association for Contemporary Music. His colleagues included Miaskovsky, Mossolov, Popov and Shostakovich. The tenth anniversary of the October Revolution was celebrated in 1927 with a concert featuring the premiere of Roslavets’s cantata October in the same programme as that of Shostakovich’s Symphony No 2, ‘Dedication to October’, and Mossolov’s Iron Foundry.

Nevertheless Roslavets was a committed modernist. The direction of his artistic sympathies is apparent from his support for performances of music by the Second Viennese School and his authorship of articles including one entitled ‘On pseudo-proletarian music’. For several years already his works had been under attack from the adherents of ‘proletarian music’, especially members of the RAPM (the Russian Association of Proletarian Musicians), who claimed them as counter-revolutionary and bourgeois art for art’s sake. The endless political warfare sapped Roslavets’s strength. In 1929 he was denounced as an ‘enemy of the People’ and in 1930 was forced to publicly repent of his former artistic convictions. He spent some years in Tashkent, Uzbekistan, as musical adviser of the Opera and Ballet Theatre. However he returned to Moscow in 1933 where he lectured at the Polytechnic Institute and was later required to train military band leaders. He made a living out of this and other comparatively menial tasks until he was finally admitted to the Composers’ Union in 1940. He suffered a severe stroke in the same year and was semi-invalid until his death from a second stroke in 1944.