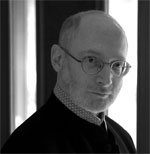 His works have been recorded on Virgin, Dorian, Arabesque, Phoenix, Argo, Signum, Cedille and many other labels. Previously released on Signum is his Goblin Market and Invisible Mosaic II with The New Professionals and conductor Rebecca Miller, with Mary King narrator. Recent recordings include Simple Songs, three song cycles with soprano Talise Trevigne and Albany Symphony with conductor David Alan Miller (Albany), Three Flavors, featuring pianist Andrew Russo, violinist James Ehnes and the Albany Symphony (Naxos); and a disc of his solo and chamber music, On Distant Shores (Phoenix).

He is the Workshop Director of the Nashville Symphony Composer Lab and, for 15 years, served as New Music Adviser to the Minnesota Orchestra, with which he co-founded and directed its Composer Institute for 11 years. Kernis teaches composition at Yale School of Music, and was inducted into the American Academy of Arts and Letters and the Classical Music Hall of Fame. Leta Miller’s book-length portrait of Kernis and his work was published in 2014 by University of Illinois Press as part of its American Composer series.