born: 9 June 1865
died: 3 October 1931
country: Denmark
Often described as a ‘nationalist’, Nielsen’s role in Denmark’s rise to musical nationhood is without parallel. Indeed, many of the songs Danish schoolchildren are still taught today were composed by Nielsen. But after the First World War Nielsen turned against nationalism, describing it pungently as a ‘spiritual syphilis’. Having hymned nationhood in his Third Symphony (1911) he portrayed its decline from the ‘high and beautiful’ into ‘senseless hate’ in the mechanistic strutting march-rhythms of the Fifth (1922).

Nielsen’s national consciousness was of a very different kind from that of most late 19th and early 20th-century national composers. His family were Danish peasants on the island of Funen (Fyn) and his father was leader of a village band. Young Carl soon joined as a violinist, and his first compositional efforts were dance tunes. Thus, unlike the vast majority of nationally inclined composers, Nielsen didn’t have to ‘discover’ his country’s indigenous culture: it was in his blood. If he needed a folk tune in one of his works, all he had to do was compose one; it could hardly have been more authentic.

At 14 Nielsen enrolled in the army as a trumpeter, making himself useful in military bands by learning a wide range of instruments. How and when he first encountered classical music isn’t clear but by the age of 19 he had become accomplished enough as performer and composer to attend the Copenhagen Conservatory.

Throughout his life Nielsen remained a fascinating mixture of earthy simplicity and intellectual sophistication, reading widely and keeping up to date with musical innovations. Initially he reacted against Wagner’s modernism, but in later years he was fascinated by what progressive-minded composers like Bartók, Schoenberg and Hindemith were doing. His very last works show him as keen as ever to extend his musical horizons, though without sacrificing the rootedness in nature that he’d inherited and nurtured as a child. 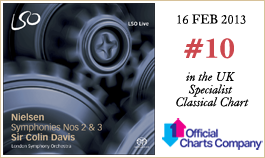 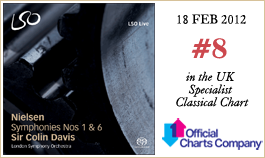 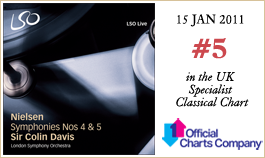