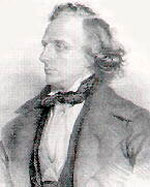 born: 7 August 1818
died: 5 August 1891
country: France
Litolff was born in London on 6 August 1818. His father, Martin Louis Litolff, was an Alsatian dance violinist who had been taken prisoner by the English during the Peninsular War in Spain. He taught the young Henry until the age of twelve. His mother was a Scottish lady, Sophie Hayes. The adverse circumstances of the Litolff family placed the son as a labourer in F W Collard’s piano factory where he later demonstrated pianos and his practising was so impressive that Collard recommended Litolff to Ignaz Moscheles who taught him until he was seventeen when he eloped. For a time, his wanderings and temporary residencies were the life of a flamboyant concert pianist, teacher and conductor in cities and countries throughout Europe, from Brussels, Berlin, Braunschweig and Warsaw to Paris.

Besides his four marriages, the final one in 1873, he befriended many musicians including the renowned piano teacher at the Paris Conservatoire Pierre-Joseph-Guillaume Zimmermann, the piano builder Jean Henri Pape, the music critic François-Joseph Fétis, composers Hector Berlioz and Franz Liszt, and the Parisian conductor Jules Étienne Pasdeloup. At one point he had a nervous breakdown and lived with the Von Bülow family in Dresden, in exchange for which he taught the young Hans von Bülow.

Sometime during 1846 Litolff visited Braunschweig briefly. There he became a friend of the music publisher Gottfried Meyer and his wife Julie. This friendship proved to be of lasting value to Litolff who returned to Braunschweig in 1849 on the occasion of Meyer’s death. Meyer’s will appointed Litolff as executor and from that point he was accepted as a family member, even legally adopting the eldest son, Theodor. In 1851 Litolff married Julie Meyer, assumed control of the publishing firm, attached to it his own own name (‘Litolff’s Verlag’), and settled in Braunschweig. The resulting important musical family frequently entertained many of the well known musicians who visited the firm. Later, after Litolff had departed for Paris, the firm became known for its inexpensive editions, initiated by Theodor Litolff (Meyer). But business life did not appeal to Litolff and 1855 he entered the employment of the Duke of Saxe-Coburg-Gotha.

The old wandering ways returned and Litolff gave many concerts on his way back to Paris where his career became more limited, corresponding to the gradual decline of the popular piano virtuoso and the overcrowded field described by Comettant. Conducting and operatic composition captured most of his creative activity. A distinct change is perceptible as Litolff gradually settled into Parisian musical life: the former flamboyance and the erratic behaviour disappear, and in their place there appears a humble and mature musician who ultimately won considerable respect from many segments of musical life in Paris. But the operatic field remained inaccessible to him, although several of his operas were performed. Thus it seems that it was mainly for financial reasons that he maintained a studio for teaching piano, although he even managed to be chef d’orchestre at the Opéra from 1867 to 1870. Since his success as an operatic composer had been limited he now restricted himself to the composition of operetta.

After the death of his third wife, Louise, he lived for some time in Paris were he was the conductor of an orchestra in a small theatre in the suburbs. Falling ill shortly afterwards, he was nursed back to health by a young girl whom he married later in the same year at Nogent-sur-Marne. She was seventeen and he fifty-eight. The final fifteen years of his life were spent in semi-retirement, sporadically guest-conducting, teaching, and composing operettas. His health was feeble and, aside from moments of revival, the career which had begun so flamboyantly ended in obscurity. His death, in Bois-Colombes on 5 August 1891, was a symptom of the demise of this versatile type of musician—performer and composer—and occurred at the end of the era in which the piano had been the dominating force. 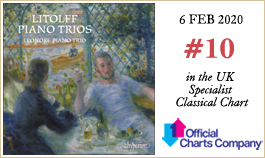